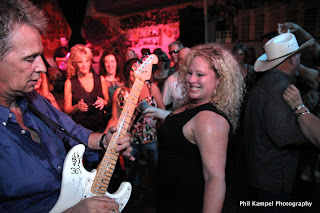 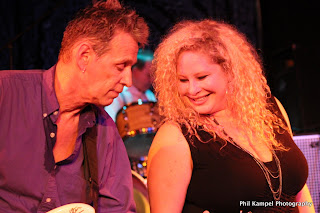 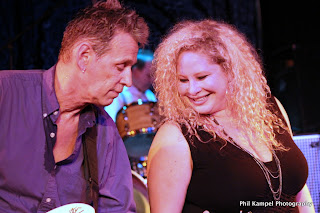 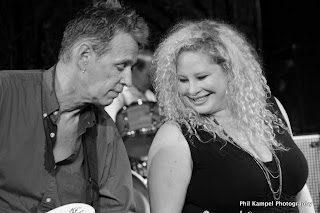 For those of you who haven't come across my work before, or maybe see me at events and don't know much about me, here is a little information.

A few reflections on shooting on a movie set.

From the set of Child's Play-the Movie, the directorial debut of Rich Ehisen. Coming soon!

Below are some thoughts about working on the set. To view more of the photos of the production, please click here.

During the recent Memorial Day weekend, I had the pleasure of shooting production still photos for a movie that was filmed at the CA State Capitol. We all seemed to be in agreement that every angle looked good. There was beautiful wood and glass furniture, drapery, US and California state flags, artwork, awards and various mementos. In addition to hallways and the rotunda, we had access to rooms that very few of the public ever see. We were very appreciative of the generosity of President Pro Tem of the Senate, Darrell Steinberg for the use of his office suite, and the sergeant at arms for keeping a watchful eye on everything.

Even so, this was not an easy assignment. Understandably, most of the best moments happened while the video cameras were rolling. My responsibility was to get the best possible photos without disrupting the process.Years of covering both public and private events have taught me to be aware of everything, even what is happening on the periphery of the scene.That allowed me to get many photos of the crew and of things that won't end up in the film, but what I needed just as much were images representative of the story. By observing the flow of all the principals (director, producer, sound and camera operators and the actors), it was possible to develop a rhythm that permitted me to capture the best possible images.

Here is an example of something that happened between takes. 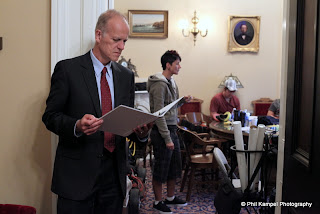 This was just a matter of being aware and active, even at times the film crew was doing something entirely different. The next photo was more difficult in terms of timing and anticipation.

After a little while on the set, it was observable that the sequence of events before and after a shot was fairly consistent. The lead-in was typically someone (generally the director) checking in with sound, then cameras, which when ready would elicit the verbal and visual identification of the scene, in frame, followed by the clap of the clapperboard. Up to that point, I could shoot without spoiling a scene and was able to get photos of the actors as they were about to start. Once the director called action, I had to be silent and invisible. Here are two photos taken as the cameras were beginning to roll. 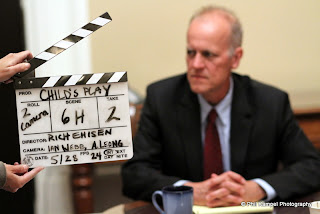 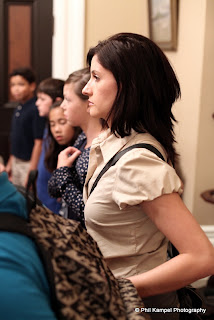 In order to get these shots, I had to be aware of the line of sight of each of the cameras and be sure I would not get into the scene. I also had to stand out of the way of the person holding the sound boom and not be reflected in any mirrors or furniture glass in the room. Fortunately there were only a few times the crew had to ask me to move my position. Most of the time, these things were obvious, but by the end of a long weekend of filming, even the obvious was not easily recognized.

The reason I couldn't shoot during a take was pretty simple. The click of the shutter would be out of place in the sound track. There have been a couple of times in the past I had cameo roles as a photographer, and the shutter sounds and flash were part of my character. Not this time.

It was easy to remember not to shoot with cameras rolling. But it also would have been easy to miss good opportunities. While a scene was being played, I was able to pre-focus and compose a shot that would be taken just as the director yelled cut. However, there were times I could also shoot when a brief rehearsal took place during filming, or when the cameras continued to roll while something was repeated for one reason or another, but I had to develop a sense of when something was being shot that might actually be used.

This is a shot taken of actual action, but not at a point when the footage would be included in the film. 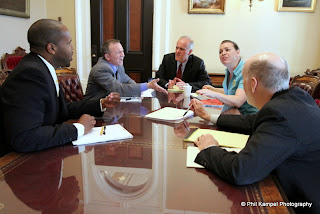 That will be about all for now, but at some point, I'll also talk about some of the technical aspects of shooting in these conditions. Lighting, angles, lens selection, size of the space and other physical issues all figure into the success of capturing good images. In the meantime, I'd like to thank everyone involved in the production for allowing me to be a part of the project and for being so helpful. Here are photos of some of the people involved. 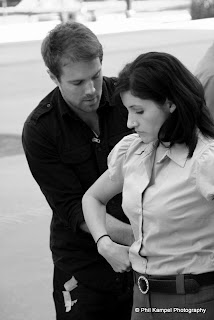 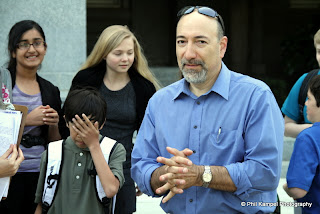 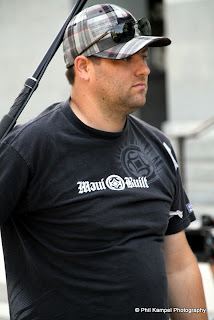 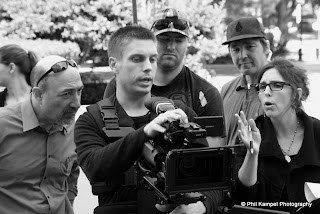 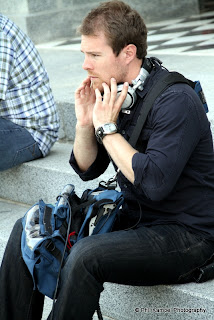 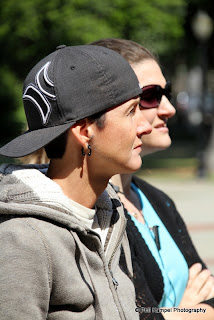 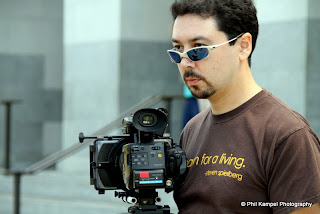 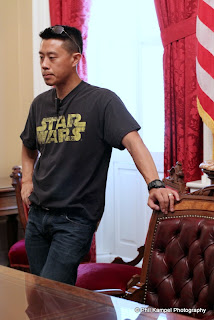 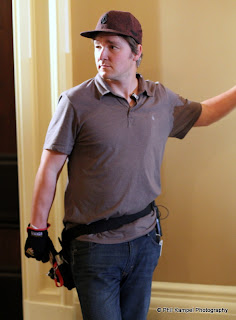 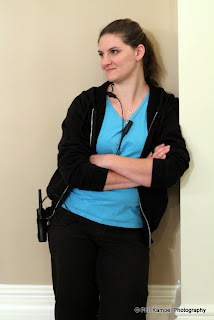 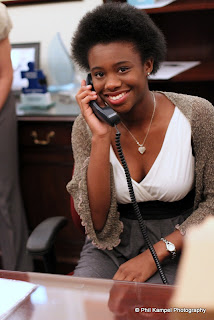 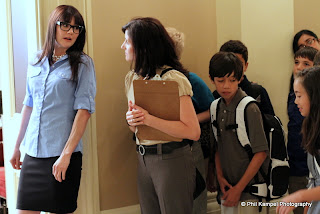 If you'd like to see more of the photos, Day 2 is currently online in one of my web galleries. Day 1 will be posted sometime this weekend. To view more photos, click here.

This blog will be connected with my website, www.philkampelphotography.com as well as my Facebook business page. In addition to sample images, there will be tips on how to approach a variety of subjects and get the most out of your photo opportunities and experiences.

Thanks for stopping by and our first tips will follow soon!
Posted by Photo Phil at 12:22 PM No comments: